Can't I Just Owe You?

I've always believed that CDs should be more expensive.

Sure, an average CD costs about $15 these days and it's a lot already but I've always felt that CDs should really cost anywhere between 25 and 30 bucks. My main line of thinking here is that if an actual album costs more then artists will have to work harder to earn their piece of the consumer pie since less people will be inclined to make the bigger investment. Those who do spend that cash though would be much more satisfied, right? That all depends on whether or not the recording artist actually wants to earn your hard-earned cash. Some will say that artists already work hard enough as it is, why should they have to do even more work for us fickle fans? To those people I ask, how's that latest Maroon 5 record?

So like, if I, larrydigital, was going to put down $30 for an album, then the album better be worth $30. Know what I mean? I also believe that movies should run a minimum of three hours, books should be at least 900 pages and meals should always be seven courses. Always. 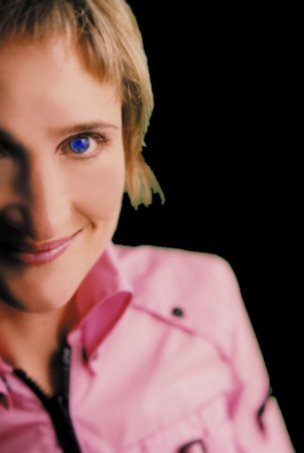 When I read that Jill Sobule, primarily known for her 1995 semi-hit "I Kissed A Girl," created a website to solicit funding for her latest album, it got me thinking. Independent artists have existed far longer than the institutions they're independent from, but is this really where we've come to? I mean, no offense to Jill Sobule or anything, I'm absolutely positive that she's a 1000 times more talented than I am but if she's that talented, shouldn't have other outlets available to her? I know the record industry is in the toilet and all and that's a tremendous shame. Smaller artists like Jill Sobule have to work much, much harder to get their work out but hey, even John Mayer got a record deal, didn't he?

And don't get me wrong. I have great admiration for the independent artist. I even kind of like to consider myself one, since my podcast is independently produced (in the case of my podcast, "independent" means "not listened to") and plus there's the whole independent comic thing I participate in.

My main issue is this, why should I have to pay for an album that isn't even completed yet? And it isn't, otherwise I wouldn't have the option of possibly singing on said album. Why do I get the "honor" of fronting your experiment? Hypothetically speaking, let's say I kick in a certain amount of dollars in to get this show on the road, what guarantee do I have that this album will be worth what I put into it? My main reason for wanting higher album prices is because I want to get what I pay for. I want my $30 album to be worth $30. So what if I pay $10,000 ("Weapons-Grade Plutonium Level" sponsorship, according to her site) to get on the record... and the song sucks. Again assuming that I'm a Sobule fan, what if I don't even like the song I've paid so handsomely to be a part of? I think from that perspective, it takes a little bit of balls to ask for contribution for such a sight unseen project. Here, pay for this, you'll love it. Trust me.

But hey. That's just me.

Your idea for the $30 CD is insanity. I'm a music glutton and this would be worse for me than $4 a gallon gas--by a long shot. Haven't you ever heard this old joke? Two old guys discuss the meal they've just had at a restaurant. Guy one says, "The food here is terrible." Guy two responds, "Yes, and such small portions!"

Fortunately, since the $16-$20 list price CD has all but killed the conventional CD (and specifically probably took down Tower Records), I don't think I have to worry about being forced to shop at Crazy Larry's too soon.

At any rate, I agree with you that Sobule's specific plan seems equally crazy. I know other artists have different models for how they sell their music independently that make a hell of a lot more sense and require no up front contributions from fans.