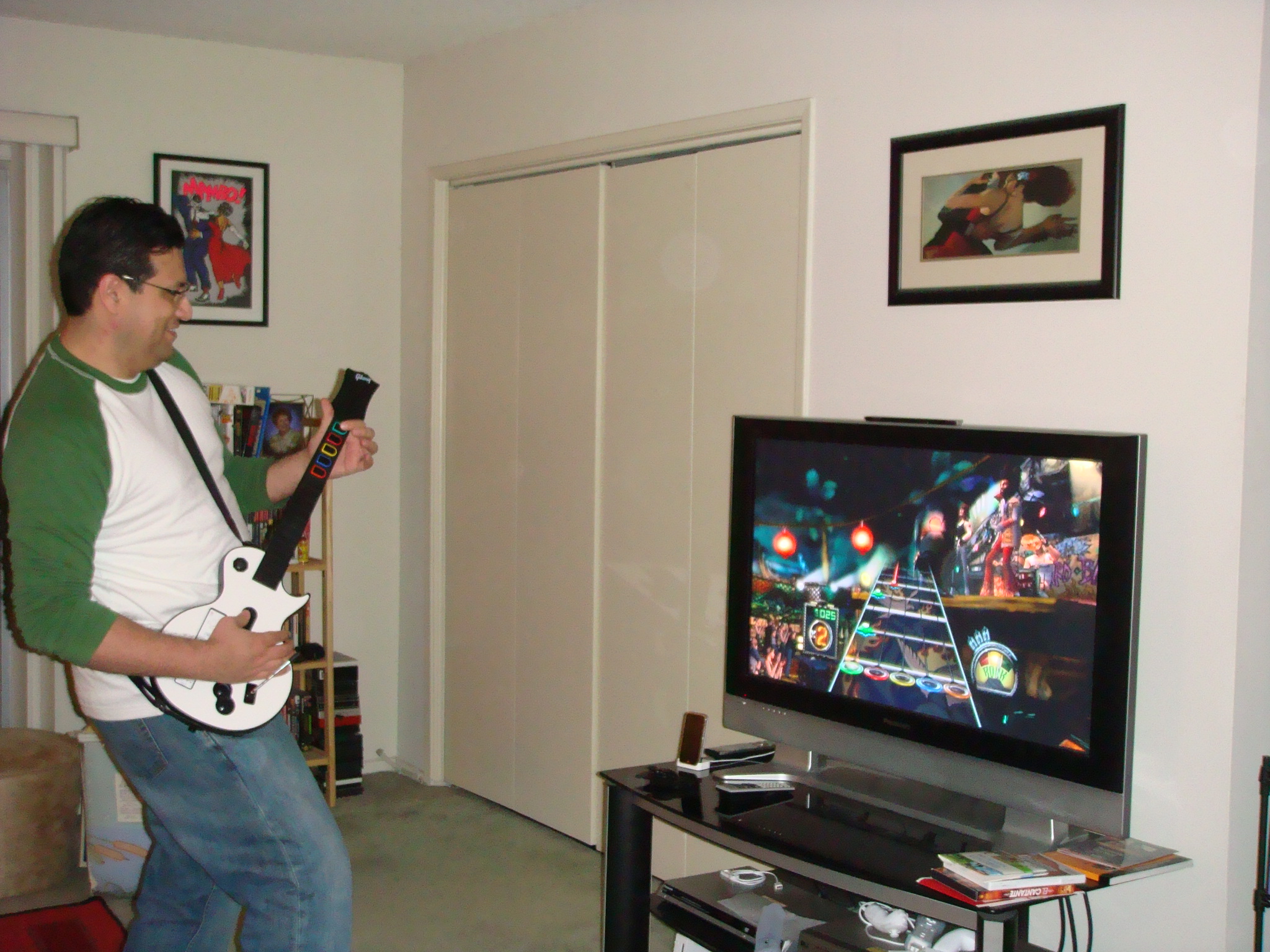 They pull me back in.

I guess I'm not exactly what you'd call a party animal. Once maybe but definitely not these days. So while I'm still a pretty social guy, more often than not I prefer the comfort of my own company. These days I usually spend my free time reading, or writing, or working on my podcast. And being a totally awesome husband, of course!

As a result, I guess you can say that I'm into video games. Or at least I used to be really into video games. As recently as 5 years ago, it wasn't unusual for me to spend 7 hours playing video games. But these days, not so much. I think I just got burned out and lost interest. I still bust out my PSP from time to time (Me & My Katamari forever!) but I haven't dusted off my PlayStation in over a year.

So imagine my surprise when I suddenly found myself bitten by the video game once again. I thought I'd completely kicked the habit but alas, I was wrong. And what was it that brought me back into the comforting electronic arms of a video game console..... Guitar Hero.

Now, this game isn't exactly new. It's been out for a while but I was never that interested in it. I mean, sure, I thought about buying it but I only had a PS2 and I didn't feel like spending hundreds of bucks on a new console for one game. But then I found out that the latest version, Guitar Hero III, was going to be released on the Nintendo Wii platform. I'd been thinking about getting a Wii anyway, since it was cheaper than an Xbox 360 and a PS3, and finding out that Guitar Hero would be available for it just sort of sealed the deal.

First of all, the game is amazing. The variety of songs they have available is amazing. I'm big into music and everything but never did I expect to be so excited to play a Pat Benatar song. Seriously, I was into it. I even into a bunch of songs that I would never listen to outside the game. Crap like Disturbed and Slipknot. Normally, you couldn't pay me to listen to trash like Slipknot but here I am rocking out to their song "Before I Forget" in Career Mode. I recently read that there are new band-specific expansions on the way so I'm totally jazzed. The rumor of Guitar Hero: The Beatles has me stoked.

But the fun didn't stop there with Guitar Hero. Oh no.

Last weekend, my sister-in-law mentioned a game for the Wii called American Idol: Karaoke Revolution and asked if she could keep the game at my place. Since she didn't have a Wii herself, you know. Thinking she was kidding I said yes. An hour later we were coming home from Best Buy with the game in hand. We turned it on and as I'm sure you've guessed it's a karaoke game, complete with a plug in microphone.

First impression, this game was retarded. There was no way I was playing this dumb ass game. 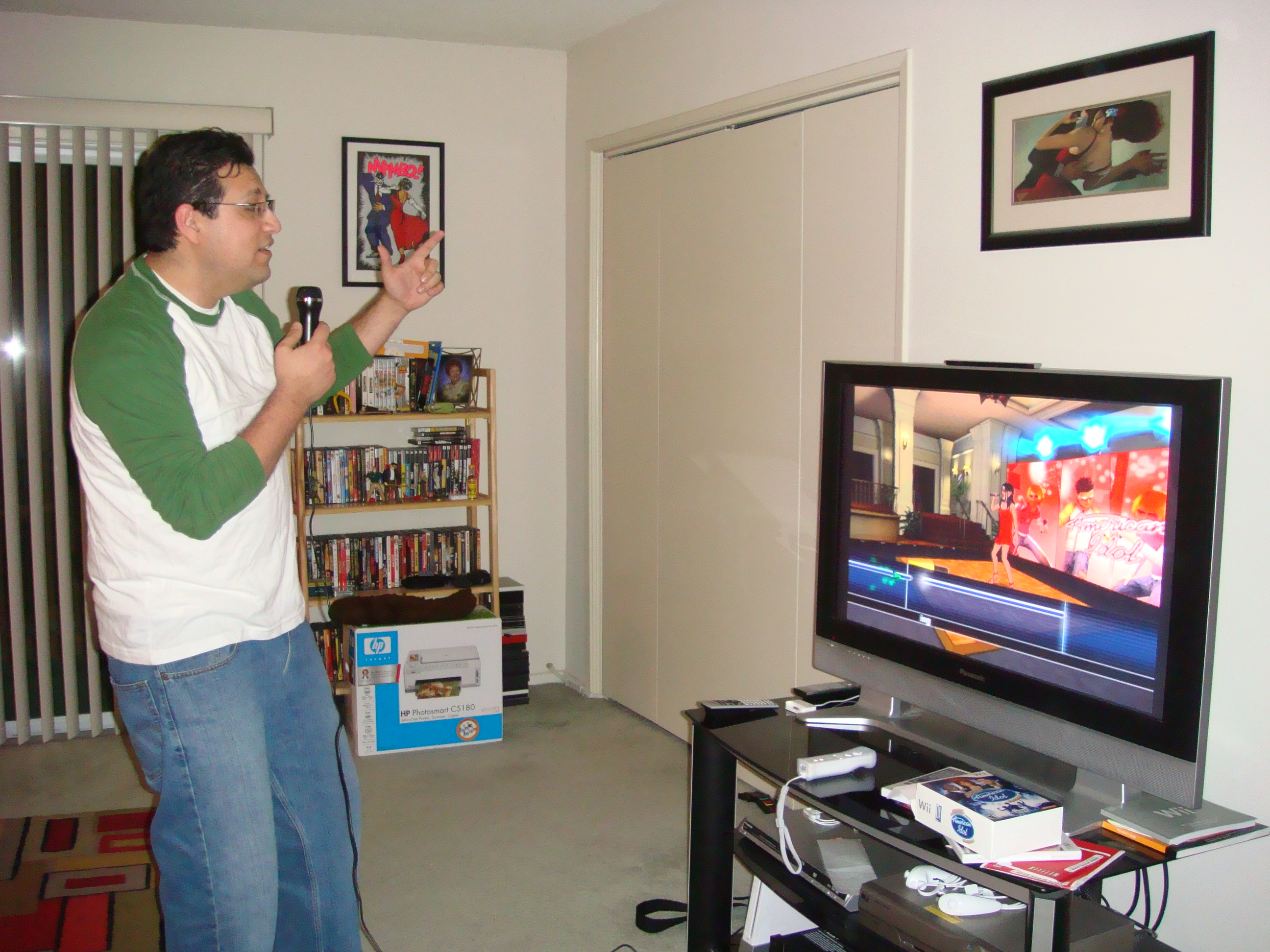 The highlight of my American Idol experience was when after I finished off a particularly amazing version of "Heart of Glass," a pixelated Simon Cowell craned his awkwardly rendered head towards me and asked "Where have you been hiding?"

I learned something about myself that day.

I learned that I can sing Corinne Bailey Rae songs like a motherfucker.
Posted by larrydigital at 9:10 PM

Don't be such a hermit, share the love of the games!

As the formerly black entertainer, Michael Jackson, once sang "I want to rock with you... all night"