Made it out to the Skirball Cultural Center earlier to check out the new Zap! Pow! Bam! The Superhero: The Golden Age of Comic Books, 1938–1950 exhibit.

The exhibit focuses mainly on the heyday of comics. A time when Superman comics sold approximately one million copies a month. (A claim made by an employee of the Skirball Cultural Center, one I did not bother to verify because this is just a blog that no one reads, not CNN.com.) Something like that is amazing to me because growing up, none of my friends read comics, only I did. And my parents absolutely hated the fact that I was into comics. Hated it. A time when comics were socially acceptable is almost inconceivable to me.

If you're a comic fan like I am then I think you'll find it pretty interesting. It was good to see older comics. Much older comics. They weren't kidding about the whole "Golden Age of Comics" thing either. Just a quick FYI, us comic nerds refer to the early years of superhero comics, generally from the early 1930s to the late 1940s, the "Golden Age." Superhero comics largely disappeared in the early thanks to the effort of noted crackpot Fredric Wertham and his book Seduction of the Innocent. The book basically alleged that children who read comics were exposed to depictions of sex and violence which led to the children becoming delinquents.

The book was mostly anecdotal but he did raise one good point, children were exposed to highly suspicious imagery. I give you Exhibit A: Batman's Leather Thong and Exhibit B: Batman & Robin Tanning. And I'm not even going to mention the Joker's boner. Still, I'm not sure how superhero comics of that era were any worse than other comics that were available. Say, Disney Comics, for example. Because Donald Duck will straight out murder you if you get on his bad side.

There was smaller related exhibit going on there as well. It was about superheroes in film and television through out the years. From some of the earliest examples like the Captain America serials from the 1940s to the Spider-Man television show from the 1970s and ending around the first Batman film from the late 1980s. It had a bunch of props and costumes and stuff. They had Warren Beatty's costume from the Dick Tracy film, which elicited a heart-felt "Eh" from me personally.

the many moods of larrydigital, pt. 13

Okay, party people here's a brand new podcast for all of you not to listen to you.

I think I mentioned this before but a lot of these podcasts are done months in advance. Like, while I may not have written my dialogue or recorded my vocals for each one yet, the actual playlists are completely long before. But, I decided to be all new for 2009. Meaning that I threw out the playlists that I had and started from scratch. As a result, this one took a little longer than usual (!) but I think it came together nicely.

Good news for me, I think I solved a distortion problem that I'd been having. If you go back and listen to older podcast, Episode 7: Don't Fight the Feeling, for example, you'll notice that there's a strange distortion on each track. Well, I finally figure out that the reason for that was I overcompressing (new word!) the files. I wanted to make the small and manageable which had a direct result on the quality of the music. So I decided to up the quality of the track which makes for a much larger file size. Eh, it's worth it, I think.

There's a little more hip-hop in this one than usual but that's ok. I'm a big fan of the Tribe Called Quest remix. I recently bought a new external hard drive exclusively for music files and I've been reorganizing my music. The added bonus to this, besides the central location for my music, is that I'm re-discovering music that I had forgotten about it. Which is sort of ironic considering my woeful recounting in the podcast of how I rarely find new music these days. You'll have to listen to it to find out what I mean.

And if you do, please be so kind to add a review to my iTunes page.

So it's been years since I actually listened to 97.1 FM Talk (KLSX in Los Angeles). Mostly because I find Adam Corolla boring, Tom Leykis phony and Heidi, Frosty and Frank completely uninteresting.

That being said, I was surprised to hear that 97.1 FM Talk suddenly went off the air yesterday and was replaced by a Top 40 radio station. What confuses me about it is that I just don't understand how many Top 40 radio stations actually need to exist. I mean, ok, let's say you're a fan of Top 40 music.... do you really know not where to find Rihanna songs on the radio? I mean, aren't there quite a few of these stations already? Like I aid, I personally didn't listen to 97.1 Talk but at least it offered up an alternative to what was being played on every other FM radio station out here in Los Angeles.

It's a tough time for radio. First Indie 103.1 and 97.1 FM Talk. Luckily, Sirius/XM got rescued from bankruptcy but then again, according to an e-mail I just got, they're raising their rates. I probably won't be renewing my subscription and who knows how many other people might follow suit.

Well, I suppose there's always podcasts. Hey, since I mentioned it.... check out the many moods of larrydigital!
Posted by larrydigital at 11:58 AM No comments: 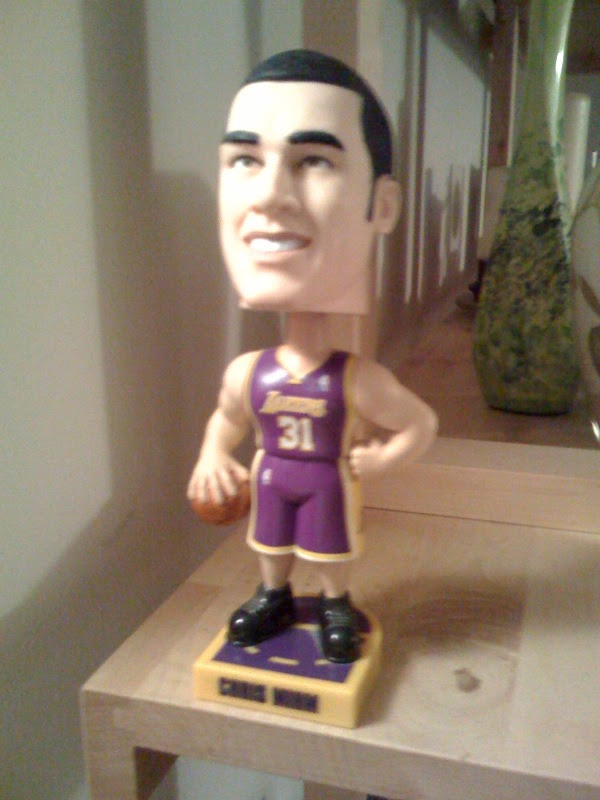 I happen to like the guy though. I mean, sure he wasn't the most athletic guy on the court but he worked hard when he was out there. What can I say? I have something of a soft spot for guys who bust their ass out there. So yeah, I like the Chris Mihms of the NBA, the Brian Cardinals, the Ira Newbles, the Mark Madsens. I just think that in this day and age of the NBA, where "stars" are consistently whining about phantom injuries, a guy who goes out there and does his best when he can as hard as he can is something to be appreciated.
Posted by larrydigital at 10:04 PM No comments: 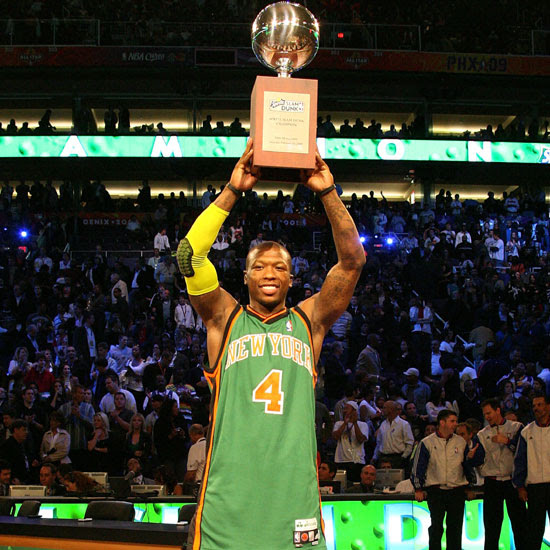 I like the NBA's all-star weekend as much as the next guy but sometimes I think the festivities run a little long. The actual NBA all-star game in on Sunday but there's a plenty of other stuff. The celebrity game is on Friday, plus the Rookie-Sophomore game. Saturday is slightly more interesting with the D-League All-Star game, the new-for-2009 HORSE challenge and a bunch of other lame stuff, like the Shooting Stars competition (which is basically a way for the NBA to shoehorn WNBA players into all-star weekend), the point guard skills challenge, the 3-point shoot out and the dunk challenge.

Quite honestly, I hate it all. It's all showy and lame, especially the dunk competition. But despite my intense dislike for it, I never miss the dunk contest. I have to admit, last year's competition with Dwight Howard was a lot of fun so even though I didn't expect much, I had slightly better expectations for this year.

Those expectations went out the window when Rudy Fernandez got hosed. Basically it was obvious that the judges were setting up a finals with the 7'1" Dwight Howard and the 5'9" Nate Robinson so Rudy and J.R. "The Human Tattoo" Smith never had a chance. It was also obviously that the dunks themselves don't really matter anymore and what does are the theatrics that go into said dunks. Last year, Dwight established himself as the NBA's new Superman (sorry, Shaq). And how do you stop Superman? With kryptonite, of couse. So Nate transformed himself into..... Krypto-Nate! Complete with a custom green Knicks uniform and ball.

And you know, as a Laker fan, I'm really glad all-star weekend is over. Frankly, I was tired of the media's talking heads over-hyping the "reunion" of Kobe Bryant and Shaquille O'Neal. After years of being a dick, Shaq basically came out and said that he never had a problem with Kobe and it was all "marketing." To his credit, Kobe kind of went along with it. Now, I'm not really a Kobe fan but I understand that he's the Lakers' franchise so while I don't like the guy, I never developed the ire for him that I have for Shaq. Watching Shaq do a total 180 regarding the Lakers was especially grating.

I'm actually glad that he and Kobe were named co-MVPs because really, that's as sugary as you can get. The only place you can go from there is down. So great, with all the sweetness and light bullshit out of the way, everyone can go back to hating each other again. Hooray!
Posted by larrydigital at 10:50 AM No comments: