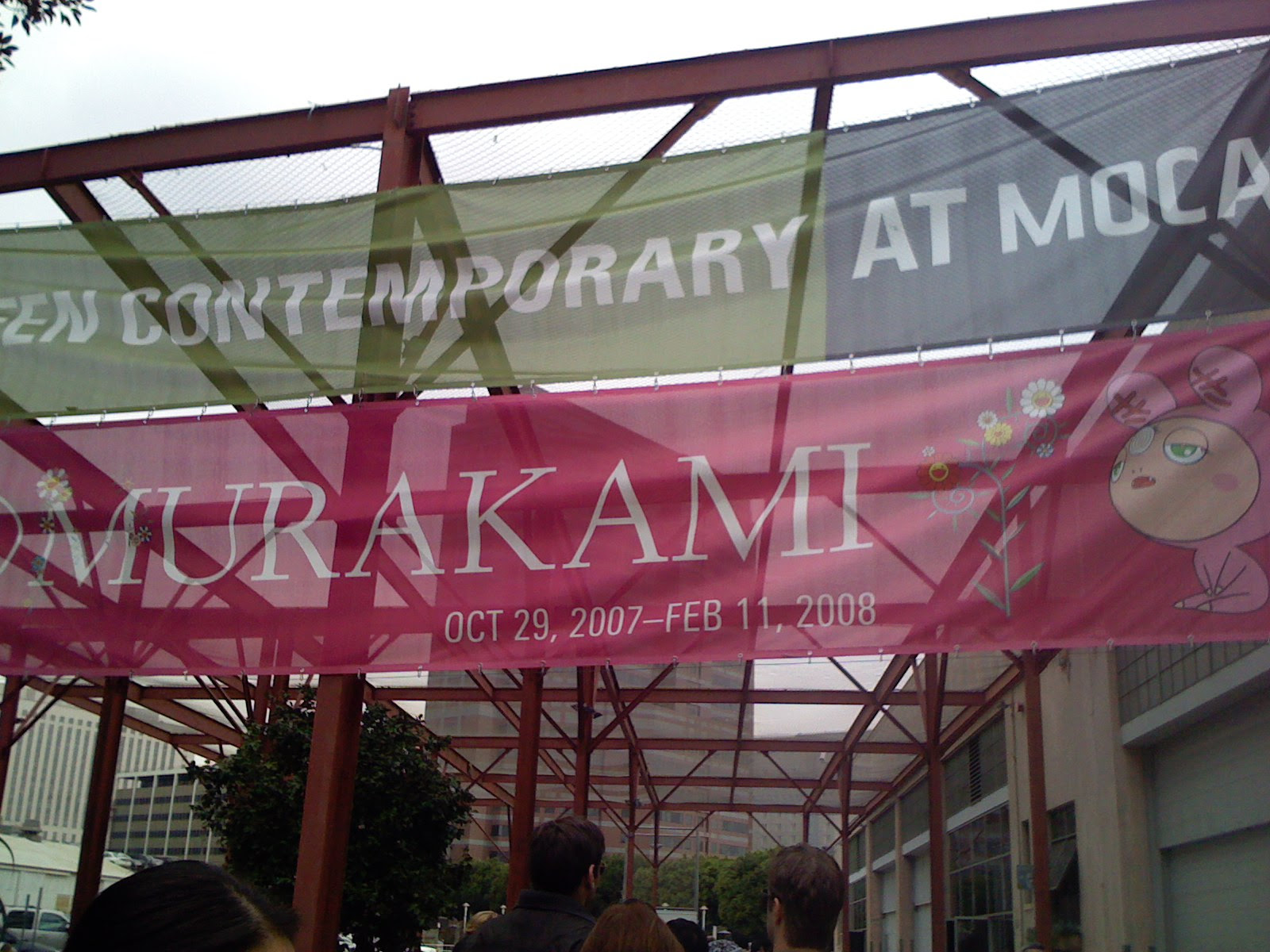 I got a chance to head down to the ©Murakami Exhibit at the Geffen this afternoon. If you're not familiar with Takashi Murakami's stuff, it can be a bit of a trip. I'm only somewhat familiar with some of it (like Kaikai, Kiki and Dob) but I knew that he was responsible for a ton of work, only some of which is known here in America. I guess his most known piece of work right now could be the album art for Kanye West's latest album Graduation. You've seen it, right? Looks like this.

Anyway, I have to admit that while I was thoroughly entertained by the exhibit, I wasn't really expecting some of the subject matter. For example, I wasn't prepared for My Lonesome Cowboy. How can one prepare for a six foot statue of a naked anime-style manchild twirling a lasso made out of his own ejaculate over his head? There's also Hiropon, which is a statue of a woman apparently using breast milk as a jump rope. Fascinating.

I thought it was a great exhibit. Murakami's uses a whole variety of mediums (media?), from sculpture to painting, from acrylic stickers to video montages, even a line of exclusive designs that he did for Louis Vuitton, all of which are on display here. What I really liked about it is that it's clear that Murakami has his own unique vision. Of course, that can be said of all artists but what I mean in this case is that while a particular artist may present a scene of a man and woman looking at a lake (for example), Murakami's vision is such that you can't tell who is the man, who is the woman, where's the lake, or even if any of those elements are in the picture. What I'm getting at is, Murakami's vision is such that it transforms the entire landscape. His vision affects the world, not just the scene. That make sense?

The ©Murakami Exhibit runs through February 11th, 2008, at The Geffen Contemporary at MOCA in Little Toyko. You should definitely try to check it out if you get a chance.
Posted by larrydigital at 10:16 PM

What? You've never done that lasso trick yourself?

I do admit though that I've struggled with getting my hair that spikey.